Hulu, the streaming media service, is exploring the JFK conspiracy with the eight-part miniseries, 11.22.63. This ambitious project is based on Stephen King’s novel of the same name and it is helmed by former Friday Night Lights producer Bridget Carpenter as its showrunner and Star Wars: The Force Awakens director J.J. Abrams as a producer. The series centers around disillusioned English teacher Jake Epping (James Franco), who becomes a reluctant time-traveling everyman in an effort to stop the assassination of JFK. The first installment of the series premiered on Feb. 15, 2016, and new episodes will become available for streaming to subscribers of the media outlet every Monday for eight weeks. An official trailer for the streaming media event series is located at the bottom of the article.

This Hulu original TV event is the streaming service’s first attempt to take aim at its competitors on a large-scale. Its chief competitor, Netflix, has been producing award-winning and noteworthy content for several years now, such as Orange Is the New Black, House of Cards, and Jessica Jones. Meanwhile, Hulu has also been producing its Hulu Originals for quite some time; however, most people are hard-pressed to recognize examples of the streaming service’s original content. Some of its original shows include the comedies, The Awesomes and East Los High, however, 11.22.63 is the company’s first original drama and they hope it proves to be a game-changer for the viewing platform, much like House of Cards and Orange Is the New Black were for Netflix.

To show how serious the streaming media platform is about changing its perceived reputation, they have invested in this project on many levels. It is undeniably the most expensive and far-reaching endeavor that the streaming service has ever undertaken. As Hulu explores the JFK conspiracy with 11.22.63, the viewing platform that made its name on broadcasting re-airings of TV shows is gambling on this ambitious event series to usher in a new era for the fledgling media outlet. 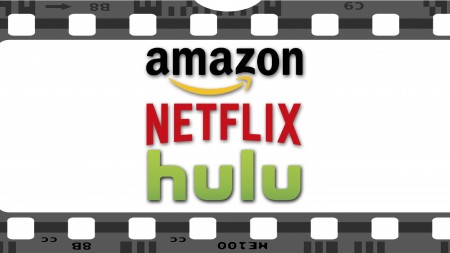 In addition to Franco as time-traveling Jake, the limited series is armed with an impressive cast of actors including Chris Cooper (The Town) as Al Templeton, the terminally ill diner owner and friend who introduces Jake to the time portal he uses to travel to the 1960s. Other cast members include T.R. Knight (Grey’s Anatomy), Josh Duhamel (Las Vegas), Cherry Jones (Transparent), and Sarah Gadon (The Amazing Spider-Man 2), who portrays Jake’s ’60s love, Sadie.

For those who are unfamiliar with the streaming media platform’s backstory, Comcast, Disney, and 21st Century Fox own Hulu. Up until the last two years, these corporations have remained undecided about the fate of the streaming service and their neglect has been quite apparent. They even tried to sell it twice, most recently in 2013, when DirectTV was supposedly offering $1 billion to acquire the media service. At the end of the day, however, the companies opted to hold onto Hulu and they decided to fix it. In fact, they not only decided to pay some attention to their neglected child, but they also invested in it to the tune of $750 million.

With a new team operating behind-the-scenes, expanded viewing library, significant licensing deals, and mission to grow faster, the viewing platform is looking to usher in a new era in its sordid history and take on its streaming media competitors full force. As part of its ambitious plan, Hulu is exploring the JFK conspiracy with 11.22.63, which is the media outlet’s first dramatic limited series and its most expensive project to date. The streaming service that has made its name on broadcasting re-airings of TV shows is looking to build its own House of Cards with the event series, 11.22.63, which is based on Stephen King’s best-selling novel of the same name and explores one of the biggest conspiracies in American history, the JFK assassination.