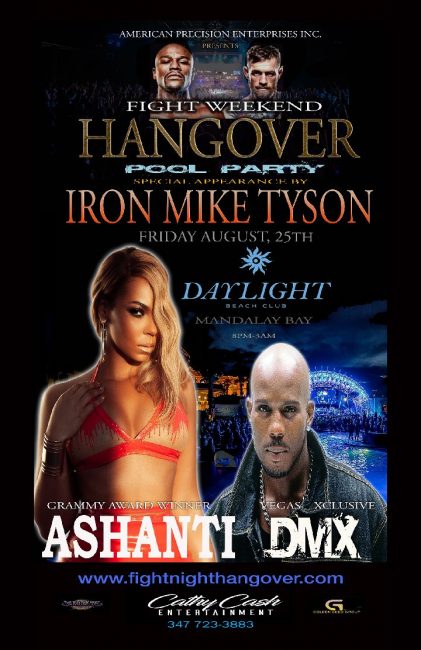 Cathy Cash Entertainment presents another of their famous pool parties. On Aug. 25, 2017, Mandalay Bay’s Daylight Beach Club in Las Vegas, Nevada, will be the site of the Fight Weekend Hangover Party.

This is certain to be an event to remember, with Iron Mike Tyson making a special appearance at the poolside party.

Tickets are available for the 8 p.m.-3 a.m. PT extravaganza and include general admission; VIP Poolside Bed, Booth or Cabana; and Premium VIP Cabana. Prices range between $250 to 25,000 and can be purchased by visiting Fight Night Hangover or The Rhythm Fest Entertainment websites.