‘Empire’ Season 5: What to Expect and Where the Show Is Going [Spoiler Alert]

A small audience of “Empire” fans were able to see the Season 5 premiere ahead of the Sept. 26, 2018 air date. They were also able to hear from cast member Jussie Smollet, who plays Jamal Lyon, at the Tribeca TV Festival on Saturday, Sept. 22.

After the screening, Smollet told the audience that the season premiere was great, but “it is nothing compared to the rest of the season.” Smollet participated in a Q & A session with Afropunk Chief Content Officer Emil Wilbekin.

Season 5 starts with a two-year time jump from the end of Season 4. Smollet told The Hollywood Reporter that the time jump serves as a kind of reset, making the show reminiscent to Season 1.

This season is really about growth and unity. I think we needed this. I am really excited, everybody’s really excited. You see the vibe on the set – everyone’s just happy to be there.

Smollet is glad the audience can still relate to the show.

We’ve been given a really special platform to be able to represent certain people that feel underrepresented. To have the opportunity to play Jamal in this way, in this season, is probably the most exciting thing.

The actor made his directorial debut in Season 4 and will continue to work in front and behind the camera in Season 5. He spent the seven days leading up to the festival directing. The season picks up two years after former friend Eddie Barker has seized control of the Lyon family business and he is still running the show.

Lucious and Cookie are living in relative obscurity again, however, they continue to plot against Eddie hoping to find a way to depose him. They have been trying for two years and his power is well established, but that does not stop Lucious and Cookie.

The rest of the family has completely dispersed, and they are coping in their own ways. The family has undergone unimaginable tragedies, but they are determined as ever. In an effort to reclaim their place in the music industry, Cookie sets her sights on a new talent she finds in Treasure, who is a singer and a rapper.

Recently, “Empire” released a First Look video of Season 5 and it teases that a significant character will die. This was done with shots of a coffin and Lucious standing over it saying, “I’m sorry.”

The cast has been having fun teasing the fans as well. Smollet promises the story for Season 5 of “Empire” will be groundbreaking.

The EconoTimes believe there are a few possibilities as to who could be in the casket. Hakeem is a possibility; however, his death would lead fans to revolt. There is also the possibility the show is trolling viewers to encourage interest in “Empire.” Nonetheless, is it nice to mess with the minds of the fans?

Smollet talked with Entertainment Weekly about “Empire.” He said that Season 5’s story is something that has not been done before on television.

I think that this season we found a way to break new ground and do something that has never been done on television before and kind of speak about and to the people that I represent and that I care about so deeply. I’m trying not to give too much away because there’s so much that I want to say!

Deadline met up with executive producer and showrunner Brett Mahoney to talk about Season 5 and the role Donald Trump would play in the new world of the Lyon family.

Where Is ‘Empire’ Going?

In the “Empire” series, dead people do not always stay that way, however, Mahoney assures fans that Anika Calhoun is absolutely dead. Additionally, Tory Ash is dead, and that death is also final.

At the end of “Empire” Season 4, Kaitlin Doubleday (who played Rhonda) haunted Anika in a hallucination. That was about karma. Anika aggrieved Andre the most. Therefore, Mahoney wanted Andre to be part of the ending of Anika. Writers believed this would give audiences a sense of satisfaction in terms of karma.

Having Rhonda play a part here was key, because Anika wronged her the most. She did take Rhonda’s life and her child. It seemed fitting.

Mahoney wants audiences to look at Amika’s death and understand that it is a given there was much real estate in the way it was played out. Andre having Rhonda present was dramatic to say the least.

For Mahoney, one of the biggest emotional events was the marriage of Lucious and Cookie. To him, that is a love story that has been played with since Season 1. However, to actually be able to see them get married is paramount. It is in the vein of the “Godfather” in a sense. There is a beautiful, happy ceremony, but there is so much else going on around it, unbeknownst to the people at the wedding.

When Cookie says her vows, she is well aware of the fire she and Lucious have gone through together and she knows floods and storms are on their way, but she knows they will continue to plow through.

Deadline claims that the Season 4 finale was a loaded episode. Mahoney stated that it was about bringing all the stories to their close, so they could move on cleanly to Season 5.

This is the first season where Mahoney will be the soul showrunner. Deadline asked of he wanted to tie up the stories in Season 4, so he could start fresh in Season 5. Mahoney responded that is was actually a questions of what more did the stories have left to offer. It was about moving the story forward and having a dramatic ending to Season 4.

Mahoney was asked, “How do you keep a series like “Empire” fresh and not burn your own bridges in trying to light too many fires?”

He said it is a mighty challenge. He had just returned from the writers’ retreat, in Mexico, where they focused on what was going to be happening in Season 5. One of those things is allowing the series to begin anew and return to its roots. The reset button has been pushed. The Lyons have lost their empire and are questioning how they are going to get it back.

They have also lost a significant amount of wealth. How do they handle life when they do not have these things they have fought for and depended on for so long? “What does it mean that Cookie made a decision that they could sacrifice the empire for Lucious’ freedom? What does this mean for this family and this relationship?”

From Barack Obama to the Era of Donald Trump 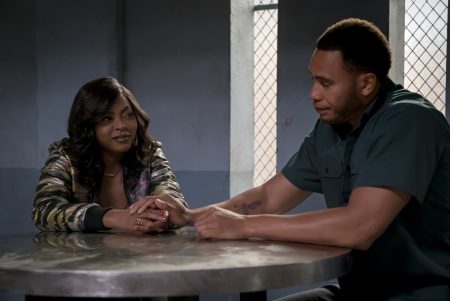 “Empire” has brought FOX significant numbers, new stars, new music, and a new way to look at the many aspects of African-American life, and at American life. The show also began in the Obama era and continues now in the Trump era. Therefore, what is “Empire” in the American of 2018, going into the 2018/19 season?

Mahoney said that is “exactly the right question for Season 5.” That was the conversation the team was having when Deadline called for the interview with Mahoney. Lee directed the Season 5 premiere and that was the exact question they were discussing. “What is ‘Empire’ in the Trump administration?” They were still debating and answering those questions.

There was a lot of pride among African-Americans when Obama took office. However, under the Trump administration, it feels like more of a slap in the face to the African-American community. It cannot be ignored. “It’s so woven in, so it’s hard when we’re a topical show and we are trying to respond to what’s going on, to not say anything.”

The Lyon family will experience it the same as the African-American community is experiencing it now. This is part of the reason for taking them off their pedestals. Taking them out of the empire and removing their wealth puts them in a place where many other African-Americans actually are and can relate. The Lyons will have to deal with what is happening to African-Americans and with what they have to handle on a daily basis.

There is a fresh start with Lucious and Cookie being remarried and how that will play out. Mahoney hopes to be able to tell the story of what it is to have a marriage like that. What are the challenges and the difficulties? “Empire” will be addressing what is it like to start a label in 2018, and what is happening in the music industry currently through the prism of the family audiences have come to love.

As an African-American showrunner, Mahoney says he is humbled and welcomes the opportunity. He said it was a scary step to take this job and that is why it is his honor. He has been writing for 20 years and he had never worked in a room with majority diverse writers. Mahoney said it is an amazing opportunity, and not just because of the diversity, but because of the talent in the cast and the writers. There is a lot of talent surrounding the show.

Deadline did not believe Mahoney was really scared. After all, he is a season professional.

Mahoney admitted that he was intimidated because the show is huge and so important to many people. As a viewer and a fan, Mahoney was amazed by so many of the things they were able to accomplish.

The pilot was special and fascinating. “It has the audacity of Cookie, the fierce darkness of Lucious, and the poignancy of Jamal. And then the music, and all seen through the prism of this African-American family. That’s why it was so special, so scary and why I felt honored that I could be part of this legacy.”

The show treads a fine line between drama and sheer soap opera. What is that legacy for Mahoney?

Mahoney believes the show treads the line between the aspects of it that are violent, gritty, dark, and the “Sopranos” in terms of family drama. There are other aspects that relate to “Dynasty” with great heightened moments that are soapy. The audience appears to love this high-wire balancing act, in terms of “Empire.”

Mahoney wants those heightened moments to come from grounded storytelling. He thinks “Empire” has earned them. Therefore, in the finale, Blake’s father can be shooting at Hakeem, Tiana, Blake, and Bella because it comes from within the story.

Andre can take down Anika because it comes from this long, simmering feud they have carried. It was not Andre’s plan to kill Anika, he wanted to embarrass her at the press conference. It turned into something else. That is what “Empire” is to Mahoney, earning those big moments.

Images by Chuck Hodes Courtesy of FOX – Used With Permission