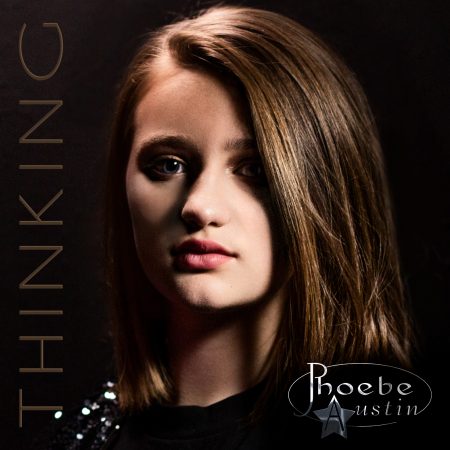 All eyes are intently focused on one amazing 13-year-old singer, songwriter, and musician as she is set to launch her professional career with her first exclusive event on Sunday, Nov. 25, 2018, at the Quay Theater in Sudbury. As Phoebe Austin prepares for her single launch even, her debut single “Thinking” is already making great strides in the worldwide DJ charts.

Austin has already captured the hearts and imagination of many around the world. Her ability, not just to sing and write, but also to communicate goes well beyond her years.

Joining Phoebe Austin on stage at her launch event will be other amazing young singers and performers, including special guest Tyler Ford. He is the World Champion Boxing and Kickboxing prodigy, who has broken all records and picked up a BCA medal from the palace of Westminster for his service to the sport. He is not even a teenager yet!

Phoebe Austin and Tyler Ford have joined together on several occasions and have become friends. They intend to front and anti-bullying campaign and help others reach their full potential without being stumbled by bullying.

At this event, Phoebe Austin will be performing with a band for the first time. Austin has been locked in rehearsals for weeks in preparation for her launch. She was supposed to perform with her dancers, “The Phoebets” but unfortunately, one of the dancers was involved in a car accident. Global News Ink briefly spoke to Phoebe Austin by telephone. This is what she said:

I’m very excited and nervous about things but I am really looking forward to it. I have been working hard and I want everyone to have a great show and go away with good memories of the event. We have had some ups and downs with one of my dancers being hurt in a car accident and Cole Silva coming down with a throat infection (she was our host) but we now have another great host and I have the band, so as I am learning in show business, you just have to get on with it.

“Thinking,” Phoebe Austin’s single, will be released the day after the event, on Monday, Nov. 26 on Shlepp Entertainment Ltd/Shlepp Records. Written by Phoebe Austin, the radio and Tacoma mixes are produced by Stevie Eagle E.

The two mixes could not be more different either, so we recommend people listen to all the mixes, including the acoustic mix with Austin and her guitar doing it how she does best. It is a very solid and rounded package and a very strong start from any artists, much less one that is only 13 years old. Global News Ink feels Phoebe Austin will go from strength to strength. She is an undoubted talent with all the abilities needed, and she has the right head on her shoulders. Additionally, she has an amazing team at Shlepp Entertainment and a great producer and mentor in Stevie Eagle E. One record does not make a superstar, so her mentor and the world will see how she develops over time. Global New Ink, like many others in the world, are watching with eager anticipation as this 13-year-ol child prodigy begins her journey into the professional world of music.

Global News Ink: ALL EYES ON PHOEBE AUSTIN AS 13 YEAR OLD LAUNCHES HER DEBUT SINGLE WITH A BANG